Recently, while I was searching for some info about hack saws on the internet, I stumbled across a website by a chap called Chris Raynerd.  I was interested in many of the posts on Chris’s website but my attention was initially grabbed by his Aluminium Cylinder Puzzle.  Apparently the puzzle was designed by William Strijbos.

Having seen the puzzle, I decided I would like to have a go at making one myself so I contacted Chris to ask for further details.   Fortunately Chris got back to me and kindly sent me a drawing.  Armed with this, the search for ball bearings started in earnest! – I found a worn ball race that I had not disposed of after replacing the drum bearings in our washing machine so the steel balls were rapidly liberated ready to start a new life.

The steel balls were larger than the ones Chris used so some rescaling of the drawing was required before construction could commence.  That done, some Aluminium (Aluminum for our US colleagues) was set in the 4-jaw chuck and the base/outer part was machined.  Like Chris, I have deliberately not included photos which show exactly how the puzzle works ;-p 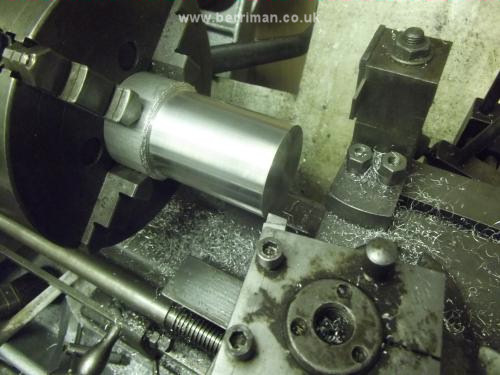 Starting on the outer part

Having got a good finish on the outside, I gradually drilled out the inside to 15mm and then swapped to a boring bar to continue enlarging the hole.  Getting the bottom flat on the inside took some time. 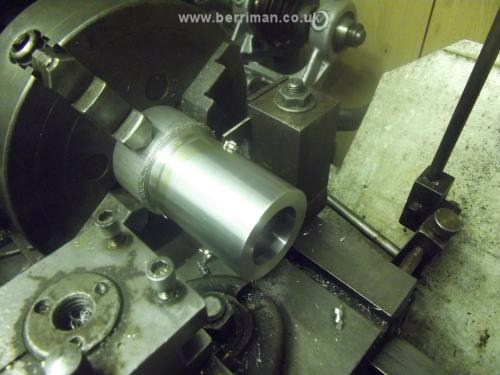 Parting off the outer

Once complete, the parting tool was used to cut the part from the lathe.  It was then chucked in the 3-jaw to tidy up the parted end.  After that I set it in the miller and milled the required parts. 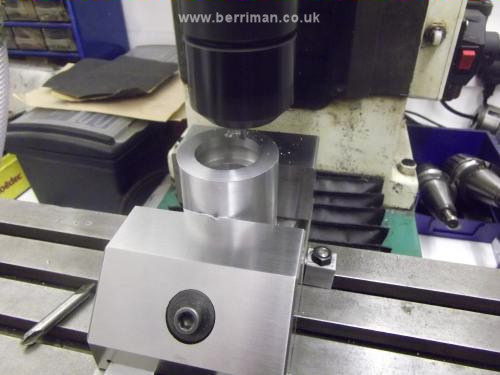 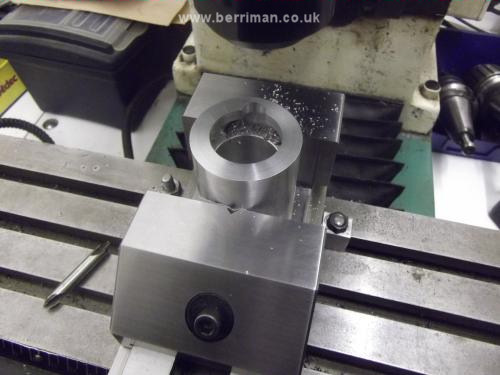 Having completed the outer, I put the 4-jaw back on the lathe and started on the inner/top part. 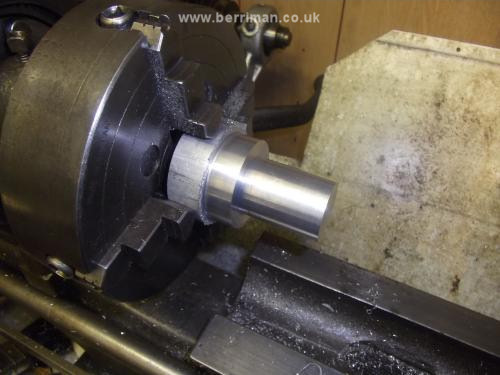 Starting on the inner part

Once that was completed on the lathe, I moved it to the miller for the final machining operations. 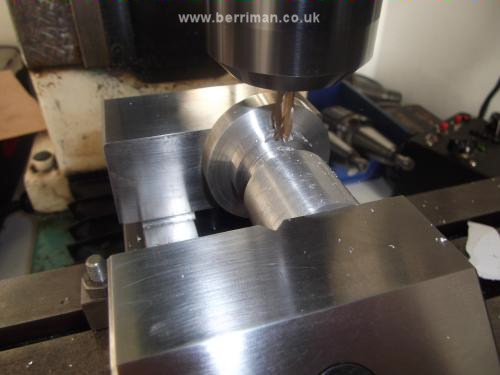 Having completed the parts, I fitted a ball to test the tolerances.  When I locked the puzzle together, it went stiff quite suddenly.  Initially I was not worried and continued to turn the top trying to release it again – unfortunately this made things worse and the more I tried to release it, the tighter the top became until I could only rotate it a fraction of a millimetre in either direction; disaster!  A puzzle that was so tightly jammed that I could not separate the parts 🙁

I tried some freezing spray on the top section hoping to shrink it slightly but it had no effect.  I poured liberal amounts of WD40 in through the hole in the bottom and then patiently; very gradually worked it back and forth until it became looser.  Thankfully I did manage to separate the parts again but it was close to being a pile of scrap.

To fix the problem, I put the outer part back in the 4-jaw and dialled it in before enlarging the groove by a fraction of a millimetre and gingerly trying the fit again.  Surprisingly the difference between being too tight so that it locked up and just loose enough so that the balls freely roll around the groove was a few tenths of a millimetre.

Once I was happy with the fit, I visited my friend John to raid his spring stash.  He didn’t have anything with a big enough diameter but a bit of time spent with a pair of pliers enlarged a spring enough to be a reasonable fit. 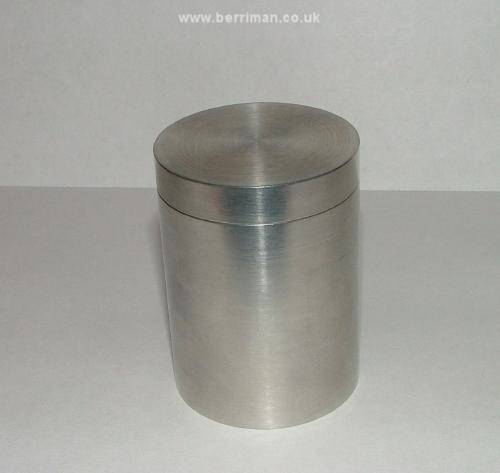 Once I returned home with the spring, I assembled the puzzle with 3 balls thinking that since I knew how it worked I would be able to open it again quickly.  It was surprising but very satisfying to find that it took me about 30 minutes to separate the puzzle again!  When the puzzle is locked, it is only possible to depress the top by a few tenths of a millimetre so it is not possible to directly see how it might work.

Overall I am very pleased that I stumbled across Chris’s website and I’m now on the lookout for other puzzles which I might be able to make using my interest in model/mechanical engineering.  If you know of anything similar, I would be glad to hear from you 😎